As the old saying goes, “There is good news and bad news” about your health. The good news is that modern medicine and technology enable people to live longer and more comfortably. The bad news is we all have to go sometime. There are ways to make the most of the years we are given, but frequently, even the healthiest humans end up depending on the help and support of others.

More specifically, millions of older Americans will eventually need to entrust someone else to make important decisions for them, including choices about their health care options. Whether as a result of disease, an accident, or simply the inevitable loss of mental acuity due to aging, many older adults cannot think as clearly as they once did. When those diminished abilities become an issue, one’s personal responsibilities must be handed off – typically to a family member or close friend.

An effective legal step known as a Power of Attorney (POA) makes that transitional process much easier and safer. A Power of Attorney document is a written authorization which allows you to formally appoint a trusted individual to make decisions for you and take actions on your behalf. When you establish a Power of Attorney (which makes you the “named principal” of the contract), you designate a loyal surrogate to step in for you and represent your best interests. Normally that is only necessary when the named principal becomes physically or mentally incapacitated, either temporarily or permanently.

The proxy individual named in your POA — usually a spouse, adult child, other close relative, or trusted friend — is then specified as your agent or “attorney-in-fact” within the scope of the agreement. He or she is then expected to make informed, good-faith choices for you, if so needed, based on what you have previously requested or what they sincerely believe you would want.

As America’s huge Baby Boomer population continues to age, their needs for more health care and assisted living also are expanding. At current rates, it is projected that almost 70 million U.S. citizens will be over the age of 65 in 2030. It also has been estimated that one-fourth of those older adults will need nursing home care at some point.

Another factor to consider is the increasing rates of Alzheimer’s Disease, the degenerative brain disorder that gradually destroys a person’s thinking, remembering, and reasoning skills. For most Alzheimer’s sufferers, the disease first appears in their 60s. According to the National Institutes of Health, more than 5.5 million Americans, most of them over the age of 65, already may have dementia caused by Alzheimer’s.

Given those numbers, it safely can be presumed that a great many aging seniors will need help with their cognitive functions and decision-making later in life. That is one reason why medical professionals recommend having an advance directive.

Unfortunately, the majority of Americans do not have an advance directive. A 2014 study by the American Journal of Preventive Medicine indicated that approximately 74 percent of adults in the U.S. have never prepared an advance directive. That could prove to be very problematic for those individuals and their families later when critical health care decisions need to be made.

Be prepared with professional advice

A health care Power of Attorney provides great peace of mind. It assures you that your personal medical care will be managed according to your wishes, even if you are unable to express them yourself. Additionally, a durable Power of Attorney seamlessly remains in effect if the named principal becomes mentally or physically incapacitated. Some POA documents stipulate they cannot be activated until a doctor you designate has made a professional assessment that you are no longer capable to make your own decisions.

The experienced attorneys at TuckerAllen can help you design a health care Power of Attorney agreement to address whatever issues and concerns you are facing. We also can make your POA part of a comprehensive estate plan to help protect you and your assets for the future.

The experienced elder law attorneys at TuckerAllen specialize in affordable smart solutions for wills, trusts, Power of Attorney documents, and other essential aspects of estate plans, including long-term provisions for special-needs adults.

TuckerAllen also offers complimentary educational webinars, where we explain a range of estate plan options and asset protection programs, all in terms that are easy to understand. 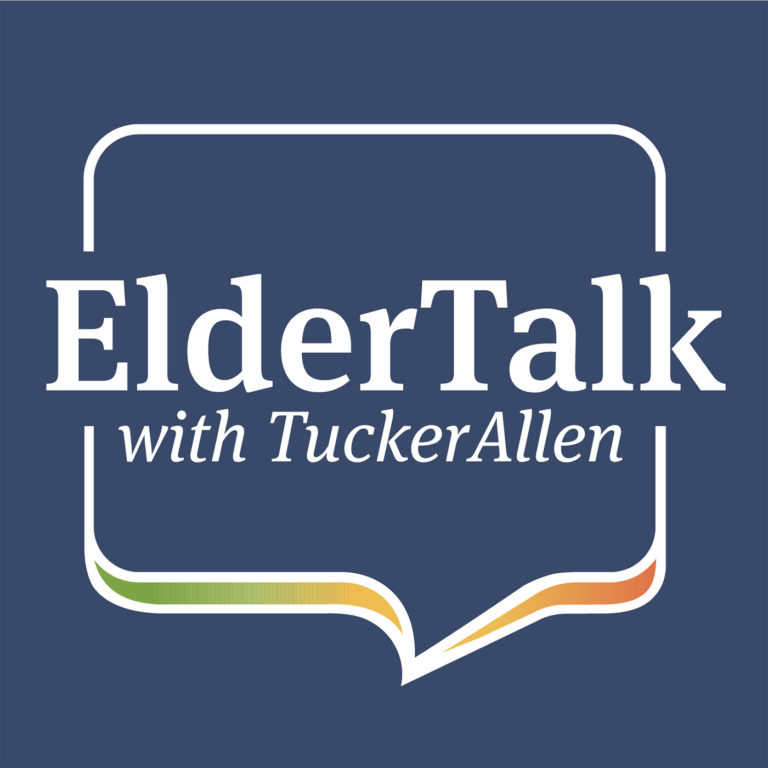 ElderTalk with TuckerAllen
ElderTalk podcast offers smart strategies for seniors and an open forum for older adults with important questions about their future.
How to Responsibly Leave an Inheritance – EP. 39 – Life’s Third Act
by TuckerAllen

Attorney-CPA Joe Cordell discusses the dangers of leaving behind an inheritance that the recipient receives access to all at once.

Mr. Cordell discusses the case of the NXIVM cult in which two of the cult’s members were the recipients of a family fortune at the age of 18, which led to increased involvement in the cult.

Mr. Cordell uses the story to illustrate the importance of responsible estate planning. If you have any questions about estate planning or elder law, get in touch with an attorney at TuckerAllen.